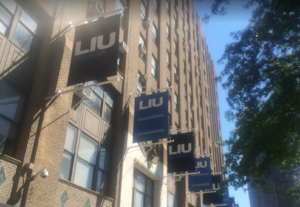 2014 – 2022: Move to LIU… The Center for Research Innovation in Biotechnology (CRIB) moved to Long Island University in 2022 to continue develop our CDEK knowledgeable about FDA-approved medicines. CRIB investigators continue deepening our knowledge of the scientific, medical and commercial evolution of FDA-approved products. 2014 – Present: The Center for Research Innovation in Biotechnology (CRIB) was founded in 2014 at Washington University in St Louis within the vibrant Cortex Innovation District to develop further knowledge about FDA-approved medicines and to expand this knowledge to include other FDA-approved biomedical products, including vaccines and medical devices.  CRIB investigators are also deepening our knowledge of the scientific, medical and commercial evolution of FDA-approved products.  In early 2016, Washington University expanded its commitment to the discovery of new medicines via the creation of the Center for Drug Discovery. 2010 – 2014:  The foundations of CRIB reside at the Yale Center for Molecular Discovery, where an informal project began to identify the active ingredients (known as New Molecular Entities or NMEs) for all medicines approved by the United States Food and Drug Administration.  This information was not readily accessible and as the basic identities of these medicines were gathered, additional information was expanded to capture the individuals and organizations, who critically contributed to the approval of FDA-approved products.